There are more differences than similarities between these two leadership styles, as we shall see in this article. By reading this, you will understand when to use one of them in favor of the other. Perhaps most importantly, you will learn why you should avoid using them at all.

Consider doing our test which indicates which of these three leadership styles that you use: Lewin Leadership Styles Test.

Autocratic vs. Laissez-Faire Leadership: a short introduction to autocratic leadership

This segment is an excerpt from our in-depth article on autocratic leadership.

Autocratic leadership, or authoritarian leadership, is as old as humanity itself. Ever since the first people started forming groups, there have been autocratic leaders. Someone essentially took charge, and it was probably often the strongest one of the bunch, i.e., an alpha male type person. The future of the group depended on the skill set and decisions made by this leader. A good group with a good leader survived, whereas the weak ones with poor leadership succumbed.

The definition of autocratic leadership can be found in the word “autocratic” which has Greek origins. Autocratic comes from the Greek root words “auto”, which means self, and “kratos” which means power. Therefore, autocracy is all about self-power. In other words, one person has absolute power. This person is responsible for making all the decisions.

Autocratic leadership is based on the following:

The advantages of autocratic leadership are High clarity, Fast decision-making, and Suitability for Crisis Management. Typically, these point towards situations when it is essential to have fast decision making, which is easily achieved by having one single person in complete power. Autocratic leadership also gives strong target focus and the powerful guidance allows for inexperienced people to become productive relatively quickly since they are told exactly what to do.
The disadvantages include poor empowerment, too much dependency on one person, and that person’s skills. Furthermore, it often leads to too much control and micromanagement and a lack of trust. Such complete control can be very detrimental for productivity since so many things need to wait for the one powerful leader’s direct decisions. Sadly, intimidation is also widespread in autocratic leadership, which often leads to toxic climates.

The following information has been taken from our extensive article on Laissez-Faire Leadership.

Originally, Laissez-faire is a French word that means “leave alone”. It has been linked to a pivotal point in King Louis XIV’s reign. His finance controller, Jean-Baptiste Colbert, tried to determine how the government could strengthen commerce by assisting industrialists. He consulted with businessman Le Gendre who said, “Laissez-faire” which was interpreted in that context to mean “Let us do what we want to do.”

Although it might not seem like it, there are some advantages to laissez-faire leadership. Truly skilled experts can thrive in the substantial creative freedom in the vacuum of a more hands-on leader.

On the disadvantage side, we have some profound cons: Teams can fall apart entirely, the leader is seen as uncaring, productivity drops, confusion about purpose and roles. These disadvantages can wreak havoc with an organization, and it can take a long time to get things back on track afterward.

What are the differences between autocratic and laissez-faire leadership?

There are so many differences, so a bullet list is the easiest way to describe this.

Here are the differences between autocratic leadership and laissez-faire leadership:

Consider doing our test which indicates which leadership style that you use: Lewin Leadership Styles Test.

What are the commonalities between autocratic and laissez-faire leadership?

There are very limited commonalities between autocratic and laissez-faire leadership. One common factor is that they are both included in the leadership styles framework by Kurt Lewin and the famous Lewin experiments in the 1930s.

They are also known as behavioral leadership styles, i.e., they are not used temporarily or depending on the situation, but preferably used because the leader is an autocratic leader or a laissez-faire leader in terms of persona, characteristics, skills, etc.

That is pretty much it. Personally, I see another commonality: use these styles very rarely or perhaps never use them at all. I really mean this. Use them very carefully and always try to use other leadership styles instead.

As mentioned above, I suggest you do not use these styles.
Autocratic leadership likely leads to a toxic climate. Autocratic leadership is so dependent on the leader that little can be achieved in the leader’s absence. Autocratic, or authoritarian, leadership only works for very simple and small companies these days.
Laissez-faire leadership is essentially a lack of leadership. If you are a leader or want to become one, you want to impact your team positively. You would want to use joint efforts to achieve something you couldn’t have done independently. Why become a leader if that means leading as little as possible?

Consider doing our test which indicates which leadership style that you use: Lewin Leadership Styles Test.

You would be much better off using the Six Leadership styles framework by Daniel Goleman. That framework takes situations and circumstances into consideration, resulting in a much more flexible and fluid leadership. You can be directive or commanding in a crisis. You can be coaching and letting others make decisions in other situations. You also get the advantages of the democratic leadership style, since that one is also part of the Goleman six leadership styles. The three others, affiliative leadership, visionary leadership, and pacesetting leadership give you additional options and tools to use in your leadership.

I have used the Goleman framework very successfully in my career as a senior leader in an international setting, and I am sure you can do it to. Start by reading our article on the Goleman Six Leadership Styles and continue reading about each of those leadership styles.

Carl is a global business leader that has led 1-2000 people and had financial responsibility of 200-500 MUSD. During his career, he has led employees in twenty different countries and has lived in three continents.

As a long-time business leader and a CEO, I have led companies with more than a thousand employees from various countries and cultures. I have always reflected upon my leadership and the leadership...

Management by Walking Around is a very beneficial concept for leaders. I have used it to great effect during my CEO career, where it has contributed to driving employee engagement extraordinarily...

Carl is a global business leader that has led organizations of more than 1000 people and 200-500 MUSD revenue. During his career, he has led employees in twenty different countries and has lived in three continents.

As an Amazon Associate I earn from qualifying purchases. Leadershipahoy might be eligible for a commission if you click links on this web page and buy a product. 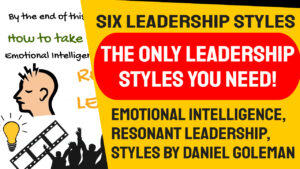 Check out our Youtube channel!
Please support us by subscribing!

The 8 Best Books for Leaders! 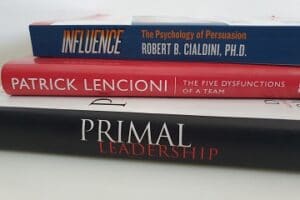 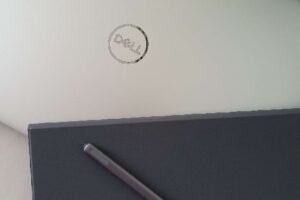 Click the image above or HERE to join our Newsletter and get the Free E-book now!